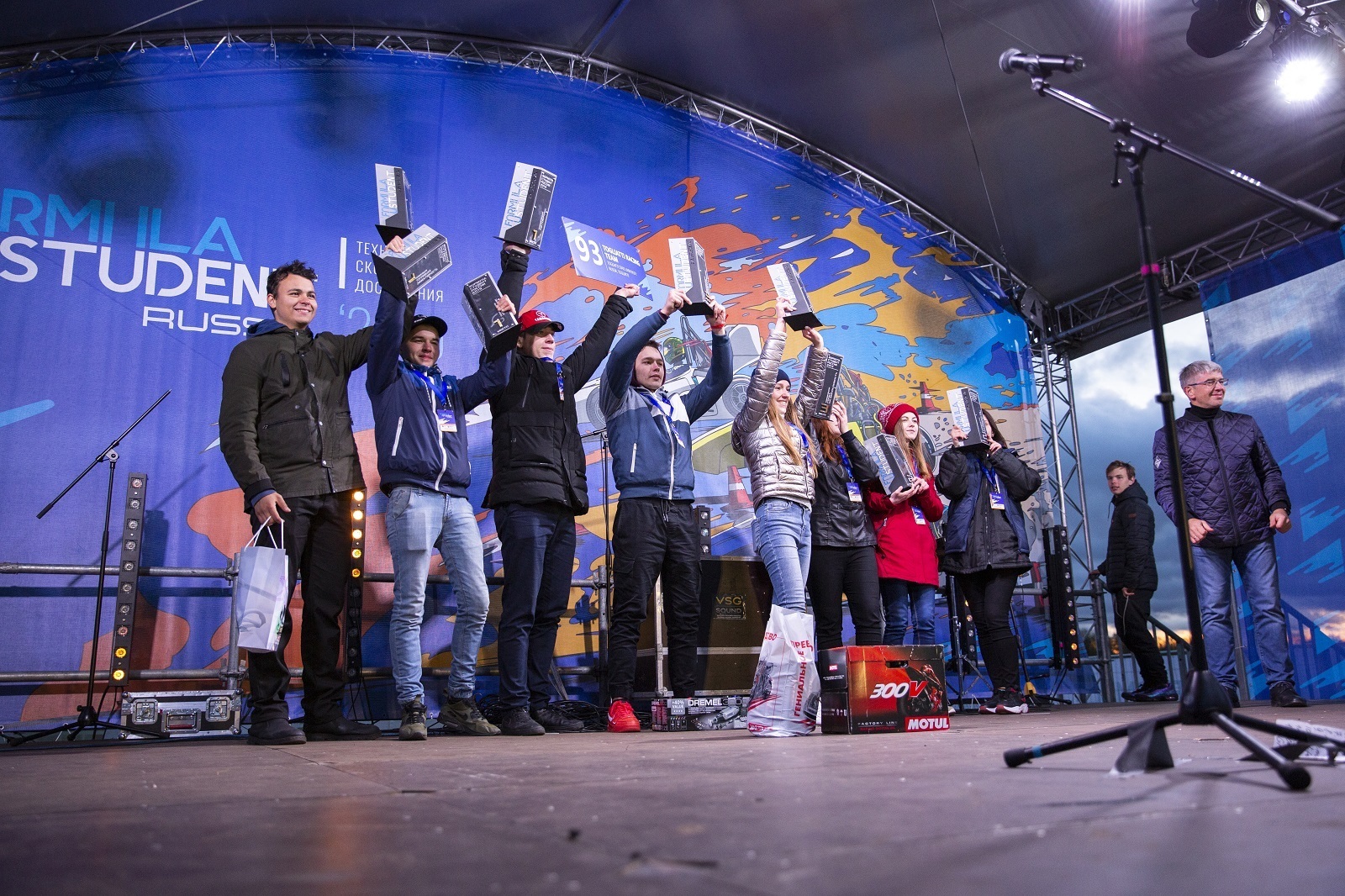 On September 21-22, the annual international engineering and sports competition Formula Student took place in Moscow.
The event was organized by the Moscow Department of Entrepreneurship and Innovative Development and SMP Racing, development program of motorsport in Russia.


Seventeen teams from universities in Russia, Germany and the Netherlands competed in the design competition Formula Student. Their projects were evaluated by an international panel of judges from Russia, Great Britain, Germany, Hungary, Italy, the USA, Austria and Australia. Security lecturer Jan Persson, who works for Simpson Europe AB, which has been a leading provider of safety equipment for the most difficult motorsport competitions in the world such as drag racing, NASCAR and IndyCar races, attended the event and gave students a lecture.


Alexey Fursin got acquainted with the technique of Russian and foreign teams participating in the Formula Student competition and took part in the award ceremony.

Competitions were held on the territory of the Bykovo airfield near Moscow. A special track was arranged here for testing equipment designed and built by students, as well as a paddock where the teams had a chance to prepare their cars for competitions and presentations in front of the jury.

On Saturday, September 21, the teams presented the development, made a business case of their project, and also completed a number of tasks on the track. The main test for students' equipment took place on Sunday - a two-hour endurance race: cars had to drive a long distance, thereby proving the correctness of the calculations of young designers and engineers.


The FS RUDN of the RUDN University (Moscow) team took the win in the endurance race, followed by SHUKHOV RACING TEAM of the Belgorod State Technological University named after V.G.Shukhov (Belgorod) and Togliatti Racing Team of the Togliatti State University.


Awards in individual nominations, evaluating student cars for various parameters, were also given to the Bauman Racing Team of The Bauman Moscow State Technical University named after N.E.Bauman (Moscow) and PolytechNCM of the Peter the Great St. Petersburg Polytechnic University (SPbPU).


The Togliatti Racing Team team of Togliatti State University were the winners in the overall standings for the total points scored in the completion. Second place went to the SHUKHOV RACING TEAM of the Belgorod State Technological University named after V.G.Shukhov (Belgorod), third place - to the FS USURT team of the Ural State University of Railway Transport (Ekaterinburg).

Winners and prize winners of the overall standings and individual nominations were awarded with special prizes from the organizers and gifts from partners of the competition.

The Festival of Speed was included in the program of the event. Visitors were offered a show with racing car competitions - professional drivers competed in driving a distance of 1/4 mile (402 meters) and drift shows with Russian drivers. There was a sports car exhibition open for visitors during the event.
⠀

"The main goal of our event is to support projects that combine the creative beginning and innovative technical achievements of young designers. We are strongly convinced that there are many talented and promising engineers among Russian students who in the future will make up the human and scientific potential not only of the Moscow and Russian automotive industries, but also internationally" — Alexey Fursin, head of the Department of Entrepreneurship and Innovative Development of Moscow

"As well as motorsport, the SMP Racing program supports car design initiatives. We are sure that the students who took part in this event will certainly become outstanding engineers and designers in the future. Therefore, we are very enthusiastic about their projects and wish them success in their future work" — Boris Rotenberg, head and founder of the SMP Racing program